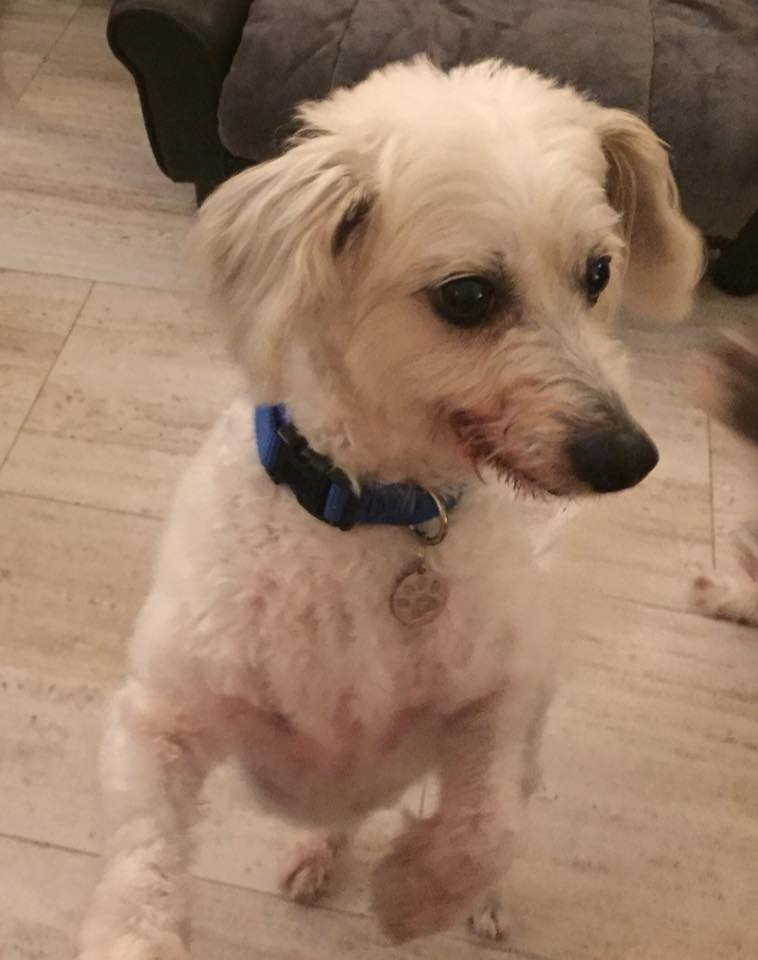 Marco Marco Marco – that is what you hear me constantly saying…..  He thinks he is our Head Security Guard….  Anyone who moves and shouldn’t (according to Marco) will be barked at….  If he hears a noise that no one else hears he will jump up immediately and be ready as if he has a Marvelous Marco cape on and off he will run – out through the pet door, up to the fence to bark and show that Marvelous Marco is on the way to save the day!!!!!!

And you know what????  He is usually right!!!   Someone might have just turned into the driveway, a delivery is being made in the receiving area, someone opened a door from the basement kennel area, or Rocky dared to get up from a nap and head out of his pet door in the foyer.  Nothing and no one can escape Marvelous Marco!!!

Marco was taken into the PG County Shelter as a stray.  Poor pup was found all matted and limping with a toenail torn off of his bloody foot.    At the shelter he was not a happy camper and tried to bite so things were not looking good for Marco.  One of our volunteers learned about him and asked if we could take him in.  Pet Connect Rescue decided they would pull Mr. Marco if HWAH could foster him.  So our Team effort prevailed to save Marco.

Marco arrived at HWAH matted and dirty and with a horribly infected mouth.   Our incredible Groomer Emese,  with Rolling Grooming gave Marco a soothing bath and a hair cut and turned him into a handsome fella.   Dr. Smith and his team at the Center for Veterinary Dentistry and Oral Surgery examined Marco and found that he needed ALL of his teeth removed.   After his dental surgery and healing Marco felt so much better and had a new “leash” on life….  He went from a shy worried tail tucker to MARVELOUS MARCO!!!!!  Now Marco is a HWAH Resident and will sit in any and all laps whether or not there is already a dog in the lap.  It is his personal mission to be all things to all people!!!