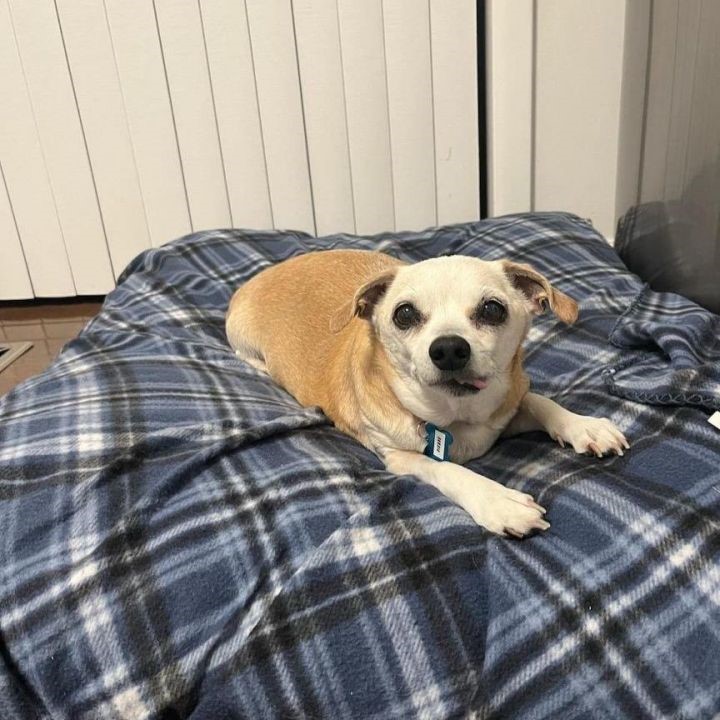 The holiday season often coincides with puppy season and we have seen a HUGE uptick in puppy adoptions. Unfortunately, this is also the time where we see the highest number of senior dogs being dropped off at the shelter, to be “traded in for a newer model”… Pierre is one of such pups…

At the age of 12, Pierre became homeless when he was dumped at the shelter by his owners because “he is fat and lumpy” and the family wanted him gone so they could get a new dog, a puppy. Pierre is not a car that can be traded in for a newer shinier model. Pierre is a soulful old man who has feelings and who just lost the only home he’s ever known through no fault of his own other than him being older now, doesn’t play as much now, doesn’t see as well now, and doesn’t have his youthful figure anymore…Project Freedom Ride contacted us about this old man, and how can we turn him away after hearing this heartbreaking story.

Pierre is overweight right now, not because of any underlying condition, but because he was not fed the proper nutrition. He has lost 5lbs over the last month and is continuing to work on his weight loss plan. No, he will never regain his youthful slim figure, but he is on his way of reaching a healthier weight. Pierre has all the typical small breed old man things going on: a few lipomas, missing most of his teeth, being a little pudgy, and he has a bit of a heart murmur. We are working to get him in to see a cardiologist but he doesn’t show any symptoms of concern.

We are thrilled to have Pierre with us, in an amazing foster home in Columbia, MD where he gets to be spoiled. We don’t ever want him to ever have the feeling of being discarded, and we want to help him find the best possible home because he so deserves it. If you would like to be Pierre’s new forever person, and give him the best possible life ever, please fill out an application for him on our website at www.foreverchangedar.org/adopt-a-pet to begin the process!