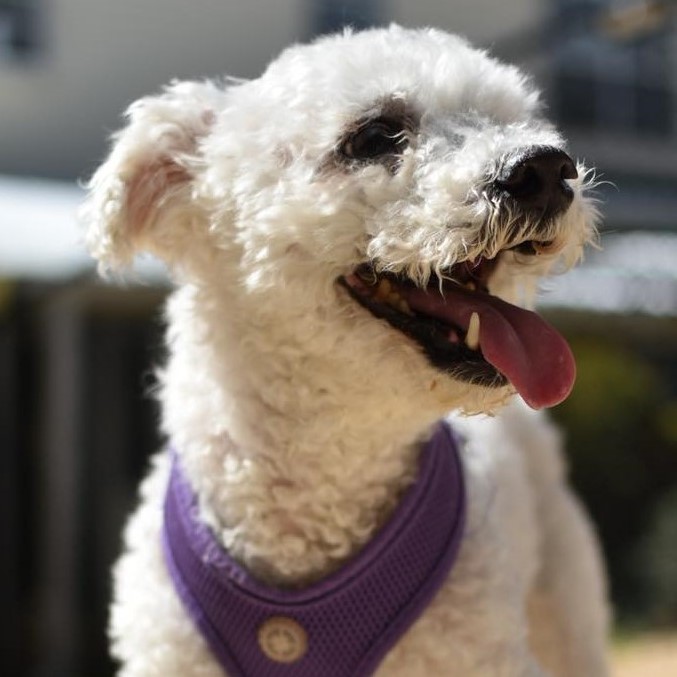 AJ was found on the streets in VA in horrible condition. He was matted so terribly that it had caused sores and bruises all over his body. His mouth was seriously infected, his toe nails turned into his pads causing infection and he was scared and hungry!!  Likely due to all of the horrors he had to face he could sometimes go to the dark side.   While trying to adapt to life with people again,  AJ lost his first adoptive home, and didn’t do well in his first foster home.

LovePaws asked House with a Heart to foster AJ to try to give him a second chance.  Poor pup had to undergo extensive dental surgery and even though he came through like a Champ, he would still get pretty grumpy and lash out.  Here at House with a Heart we felt we could love him just the way he is and decided that AJ would join our HWAH pack rather than risk another failed adoption.

In April of 2021 AJ joined our HWAH family and we hope to have many more years with him.