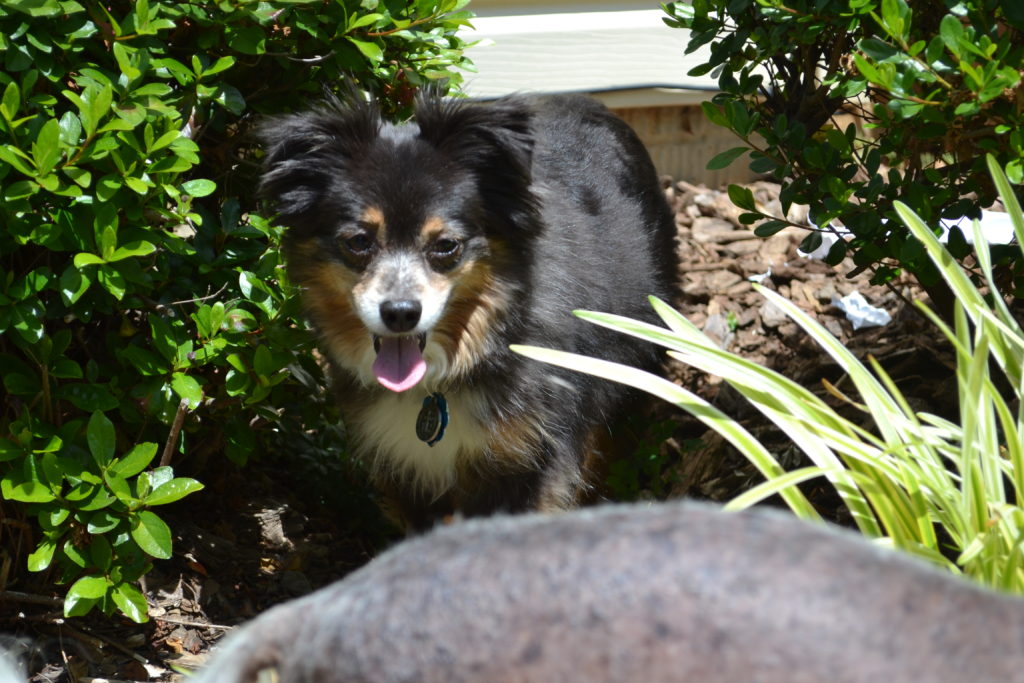 Marlie is a handsome Toy Australian Shephard with attitude!!!  He came to HWAH along with his house- mate, Dixie when the Sisters they had been living with for 10 years were being moved from their home base and they could no longer keep the pups.  Marlie and his “Sister” were loved very much, and it was a difficult transition for the Sisters and the pups.

Shortly after arriving at HWAH we put Marlie and Dixie out in the yard.  Dixie went about her business but Marlie spent all his time racing along the fence looking for ways to get out.  He seemed beside himself with worry that he could not see or protect his beloved family.  Although he was intent on finding a way back to them he was also very obedient as the Sisters had taught him well to be a good doggie citizen.  He came when called to come in but immediately went to a corner of the room to lie down alone and to keep watch on all the activities around him.

With time, Marlie settled in and he soon learned how to use the Pet door to go in and out.  At long last he stopped hunting for ways to get back to his original family and became part of the HWAH pack.

Marlie is not without his little quirks.  I noticed that when it was his turn to come into the kitchen to eat his breakfast or dinner he was nowhere to be found.  I would have to go out and call him and he would come running from the furthest corner of the yard, dash past me and run to the kitchen gate to get his meal.   Now I realize that when he sees the meal prep he runs outside and begins his vigil….  He waits patiently until he hears me call him and then he flies through the pet door, and begins a crazy dance accompanied by high leaps and even higher pitched moans and barks as if he has never eaten before.  It is quite an amazing ritual that he sticks to rain or shine!!

Another interesting quirk is Marlie’s penchant for herding the other dogs.  Originally, he tried to do that with people and would give a nip at the back of a leg to move a person over or hurry them along.  He quickly learned that this was not an acceptable behavior, so he turned his talents to the other dogs.  At first it was only Nora who would find herself being herded into another room or nipped and prodded to move aside.  He has now added Tator to his list and will occasionally reach out to block a dog running up to receive a treat.   He is quite serious about this job that he has taken upon himself, so we keep a close watch to make sure it does not escalate beyond his suggesting into his demanding the other dogs comply. 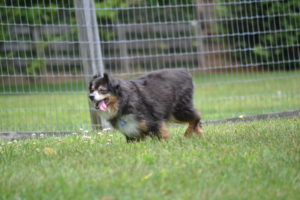