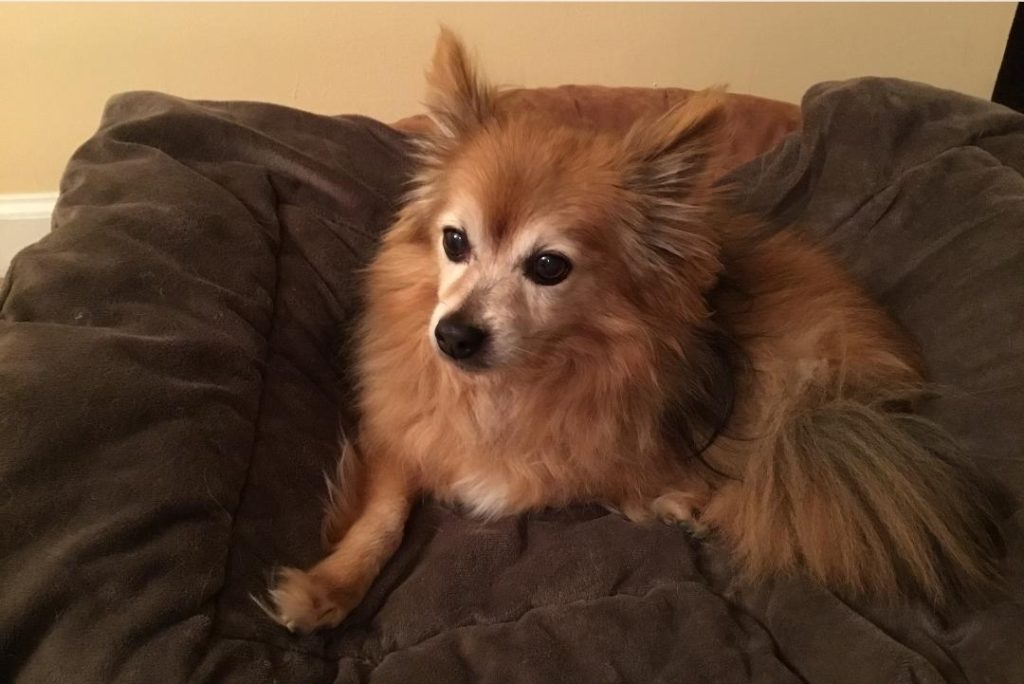 Bear came to the Sanctuary on a chilly November day in 2016. His family left him behind with no history, no name and left him inside our gate shivering. He was skinny, lots of hair loss and his toenails were so long, they curved under making it painful to walk. I went to the Sanctuary the next day to meet him. We scrambled to figure out what we could do with him since we couldn’t take in anymore dogs.

First things first, we named him Bear and got him cleaned up, neutered and took care of his medical needs. I had decided that I would foster him until we could find him a home. But really, I had ulterior motives for bringing him into my house. After Bear had all his medical needs taken care of, I took him home on November 22nd, 2 days before Thanksgiving.

My husband got down on the floor and Bear went up to him and started kissing his nose. My heart skipped a beat! For the rest of the night, Bear sat in John’s lap while we watched t.v. He would follow John everywhere. John put a dog bed in his office so that Bear could sleep there while John was on the computer. We read these reviews of heated dog beds and decided it would be a good idea for Bear as they can help older dogs stay warm and can help with arthritis pain, which more senior dogs can struggle with. On our way home from Thanksgiving dinner, John asked “ 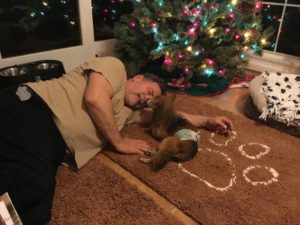 So where should we put the doggie door?”

Bear worked his magic and has been living with us ever since. We claimed November 22nd as his birthday because that is the day he was given a second chance at love.

He loves to sleep all day until we get home from work. His hair has grown back and he has no medical issues at the age of 14. He has just started playing with his senior sister Poppy, after being together for a year. It’s so adorable to watch. Bear was a sweet surprise and he has been a perfect addition to our family. Happy Birthday Bear! – Lori Whitehurst